Dedicated to protecting your future with honest criminal defense.

Get a Free Consultation

We Succeed When
You Succeed

Let Our Los Angeles Criminal Defense Team Work for You 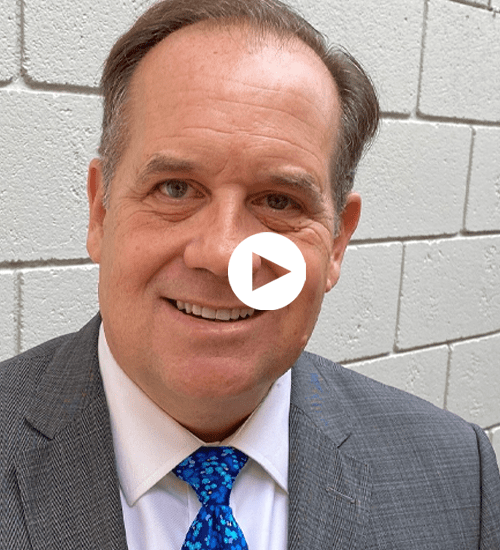 Being arrested can be one of the scariest and most disorienting experiences of your life, especially if you have never before dealt with the police or the criminal justice system. If you are in an unfamiliar place, especially a big city like Los Angeles, this can make the situation all the more daunting. While you may feel frozen in place or helpless, however, it is important to know that this is not the case. There are several vital steps you can take immediately after your arrest or citation that can serve to protect your rights and give you the best chance at getting the charges downgraded or dismissed. Los Angeles criminal defense lawyer Eric D. Davis , Attorney at Law provides honest and dedicated legal defense to help you represent your rights.

The most important of these steps is to reach out to an experienced Los Angeles criminal defense attorney like Eric D. Davis, Attorney at Law as soon after your arrest or citation as possible. Because important events that could set the tone of your whole case will occur very quickly after your arrest, it is vital that you contact us right away so that we can have time to prepare and appear by your side. We will leave no stone unturned fighting to get your charges downgraded or dismissed and to bring the matter to the most positive possible resolution for you and your future. For a free consultation, call our firm today at (909) 861-8075.

“Eric fought hard for me when I was wrongfull accused. He produced great results without churning up unnecessary fees. I’m so happy I found him”

“Eric Davis saved my career. Charges reduced and expunged. I couldn’t of done it with out him. He stood by me, and supported me. I highly recommend Eric D. Davis Attorney at Law.”

“I just want everyone to know what a good lawyer Eric Dalton Davis is. He helped us with a DUI and now everything is ok. He cleared everything. We really recommend his services. We are very grateful to you. THANK YOU!”

When Should You Hire a Defense Attorney?

For some minor charges and infractions, including most traffic tickets, a police officer will simply write you a citation and send you on your way. However, it is a bad idea to throw such a citation aside and pretend like it never happened. The citation will usually have a court date on it, or a summons with a court date will follow in the mail. If you ignore your court date and fail to appear, the judge will most likely issue a bench warrant for your arrest. A bench warrant means that anytime that you come into contact with law enforcement, even during a routine traffic stop, the officer will place you under arrest and transfer you to the proper jurisdiction to appear before the judge whose court you missed.

Instead, as soon as you receive a citation, you should reach out to a knowledgeable Los Angeles criminal defense attorney like Eric Davis. By getting in touch with us quickly, you will give us the best chance of reviewing your case, reaching out to the prosecutor, and potentially working out a deal for the entire matter to be resolved in a single court appearance. In some cases, your attorney even may be able to appear in court on your behalf and handle the entire matter themselves.

Usually, however, when the police suspect you of having committed a crime, they will arrest you, either on the spot if they have probable cause or after a criminal investigation into the matter. A criminal investigation might involve may aspects, including the police conducting interviews with potential witnesses. If the officers try to speak with you, you should refuse until you have retained an experienced defense attorney who can be by your side for the questioning and make sure that you are not answering questions that could come back to bite you later, even if you do not believe you have anything to hide. Similarly, if the police try to search your home or other property without a warrant, you should not allow them to do so, and if they show up with a warrant your first call should be to a defense attorney who can examine it and make sure the officers have followed proper procedure.

What Types of Crimes Does Our Los Angeles Criminal Defense Attorney Handle?

In California, crimes are generally separated into two categories: misdemeanors and felonies. Felony charges are the more serious of the two, but both types of charges can come with the possibility of long jail sentences, high fines, and other serious consequences including a criminal record that could haunt you for years to come. Eric D. Davis, Attorney at Law has many years of experience successfully defending clients on all sorts of charges, but below we list some of the types of cases our office most commonly handles.

There are a number of different crimes related to the use of illegal drugs, including charges for possession, manufacturing, distribution, and possession of related paraphernalia. Manufacturing and distribution are the more serious charges and are usually charged as felonies. The severity of these types of charges and the potential penalties that follow will also depend on the type of drug involved and the amount of the drug involved. For some first-time drug offenders, we may be able to convince the court to allow you into a drug treatment program which, if completed successfully, would result in the charges against you being dropped.

Domestic violence is not one particular crime under the California criminal code, but rather an umbrella term for a group of crimes if they are committed against a particular class of people. This class of people includes spouses and romantic partners, but also non-romantic roommates, ex-lovers, those with whom you share a child, and blood relatives, even if you have never lived together. The crime can be anything from assault and battery to cyberstalking to harassment, and the penalties will usually be increased versus if you had committed this crime in a non-domestic situation, including a potential restraining order being issues that could leave you without place to stay if you live with the alleged victim.

There are a number of different crimes in California that involve stealing things. Theft is stealing from someone without force, like a pickpocket, while if you use force to commit the theft, it will be charged as robbery. Burglary is the act of breaking into a building under certain circumstances with the intent to commit a felony such as robbery.

Like crimes of domestic violence, there are a wide variety of crimes that can be considered “sex crimes.” This can range from rape to a lesser form of sexual assault, to posting naked pictures of someone online without their consent. Sexual crimes against children are considered some of the most serious types of crimes you can face, and convictions come with long jail sentences as well as a requirement to register as sex offender, often for the rest of your life.

A felony is a crime that is of a more serious nature than a misdemeanor. Felonies can be violent or they can be nonviolent and are generally punishable by federal prison sentences of one year or more. Felonies are incredibly serious and require immediately engaging the professional guidance of an experienced criminal defense attorney in Los Angeles, CA. Crimes classified as felonies generally include very serious offenses, such as:

It is standard that because felonies are such serious crimes, the punishment and the process of deciding on a punishment for them are considered equally as serious. Some factors that can influence sentencing for felonies include:

A particularly serious category of felony is sex crimes. A conviction for a sex crime can mean being required to register as a sex offender for the rest of your life. If you’ve been accused of a sex crime, do not settle for just any lawyer. Your future will depend on finding an attorney to fight hard for you. Eric D. Davis is an experienced Los Angeles criminal defense lawyer who can defend your rights.

Criminal punishments for a misdemeanor crime can involve a combination of jail time, criminal fines, and probation. Consequences for criminal misdemeanor charges are also much more dependent on the exact details of the crime involved. For example, for a misdemeanor vandalism sentence, the defendant might be required to perform community clean up and repairs, or write a heartfelt letter of apology to the owner of the vandalized property. Misdemeanor punishments for DUI can involve completing mandatory DUI classes or substance abuse treatment. Call Los Angeles criminal lawyer Eric D. Davis for all kinds of misdemeanor cases in LA and surrounding California counties.

The fact that a misdemeanor charge is technically not as serious as a felony charge does not mean that you shouldn’t have legal representation. Any criminal conviction on your record will have a serious impact on the rest of your life and your rights should be protected by our Los Angeles criminal defense attorney.

Driving under the influence (DUI) is what occurs when a person operates a motor vehicle while being under the influence of drugs or alcohol, meaning that the driver has a blood alcohol level of 0.08 or greater. When the person driving is a minor or holds a CDL, the legal limit is even lower. In California, you can be required to pay fines and fees as high as $2,000 for a DUI conviction. In addition, you could spend two days in jail. Often, the jail time is substituted for community service. Other times, it might be waived, if you already served that time after being arrested. Your penalty will also include completing a mandatory alcohol awareness course, which can take months to accomplish.

Although it is only a misdemeanor conviction, a DUI on your criminal record can have devastating consequences, especially if you drive professionally. Do not underestimate the value of having a skilled DUI attorney on your side in Los Angeles County to fight for the reduction or dismissal of your charges.

Other crimes Eric Davis can handle include, but are not limited to the following:

The criminal process can take a long time, and there are many different events that are a part of it. Below we explain how Eric D. Davis, Attorney at Law can assist you at each stage in protecting your rights and moving the matter toward a positive resolution.

Consultations are 100% Free and Confidential

Get a Free Consultation